To Freeport or not to Freeport?

The Chancellor confirmed the government’s commitment to their Freeports initiative with the announcement of eight designated sites, anticipated to be operational across England by late 2021.

To Freeport or not to Freeport?

The Chancellor confirmed the government’s commitment to their Freeports initiative with the announcement of eight designated sites, anticipated to be operational across England by late 2021.

This announcement raises some interesting questions and considerations for businesses:

Benefits of a Freeport?

Expectations of businesses located within a Freeport?

Xtra costs associated with relocating to a Freeport?

For the UK, a Freeport initiative is not a completely new concept. However, recently they have been mentioned in various guises and on numerous occasions as a UK tool to ease the impact of Brexit, aid the frictionless movements of goods as we move to the next phase of the UK’s departure from the EU Customs Union and Single Market.

Freeports are effectively designated customs-controlled areas, usually located at or close to ports or established frontier posts, where businesses can import (and temporarily house) goods, without having to pay the associated import duties and usually with limited customs paperwork having to be presented. They can be compared to a customs warehouse (a ‘bonded’ warehouse) with one notable difference - the level of processing or manufacture of the goods housed within the Freeport is not usually restricted.

Freeports would allow raw materials and goods to be imported, manufactured (and processed) and then exported without being subject to any local import duties. If the manufactured product or goods were subsequently sold into the local UK market, import duties would become due to the local tax authority.

Freeports (and Free Trade Zones) have been in existence for some time and have operated successfully in countries around the world including Singapore and India, with more than 3,500 Free Trade Zones operating worldwide.

There is an associated expectation that businesses operating in Freeports will attract further business, grow investment, manufacturing, trade, and employment within the regions where they are located. As an added incentive, the UK government announced the creation of ‘tax sites’ within the Freeports providing tax relief for businesses located within the zones. The comparison is drawn here to the government’s established Enterprise Zones strategy, which also provides tax benefits, but which does not have an impact on duties and other import taxes.

A more concerning consequence of Freeports was highlighted in a report produced by the OECD and the EU’s intellectual Property office in 2018. This indicated that raid growth in Free Trade Zones where economic activity is driven by reduced taxes and customs controls, light regulation and limited oversight is unintentionally fostering growth in counterfeit goods and illicit trade.

To guard against this the government will need to ensure that the business case and governance arrangements for each of the proposed UK sites are sound.

Additionally, these types of zones require robust customs systems to be in place to avoid any misuse of the facilities as they represent a customs frontier. Movements into and out of the Freeport will need to be controlled both from a documentary and physical perspective.

The idea behind the initiative is efficient and sound but this type of model is usually found in countries where tariffs are particularly high or where it is harder to ‘do business’ and navigate the local customs obligations. If the UK wants a zero-tariff trade policy with countries across the globe and streamlined documentary processes, then this particular aspect may have a minimal impact. Freeports will have to transform and offer something more attractive than simply access to a low tariff processing environment.

There would clearly be a cost to businesses who decided to set up or move their existing operations to make use of a Freeport. A cost versus direct benefit analysis would need to be carefully considered by any business considering this as a supply chain option. However, with the tariff and Rules of Origin anomalies that have emerged as the EU-UK Trade and Cooperation Agreement becomes fully operational, Freeports may help the UK maintain its position as a distribution/manufacturing and processing hub just off the coast of the EU zone.

If you have any queries in relation to the content of this article, please get in touch with your usual Azets contact or a member of our specialist VAT and Customs team.

Research & Development Tax Relief - Stepping out of the COVID Crisis 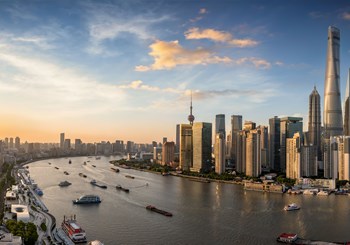 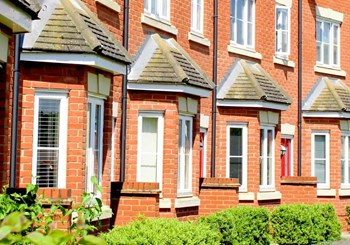