Lorna Stark, Tax Senior Manager, explores the finer detail of the changes below.

It was announced in the March 2021 Budget that there would be a 6% increase in the Corporate Tax main rate from 19% to 25%. However, as inflation and soaring costs continue to grip the UK, there are calls to abolish this scheduled increase.

With ongoing political uncertainty and a differing of opinion in this regard between the frontrunners for UK Prime Minister, it’s not expected that there will be any sort of clarity until there’s a new PM, revised economic strategy and likely Cabinet re-shuffle or perhaps further out until the Autumn Statement, which gives an opportunity for a new PM to outline a new vision and any required fiscal changes. It’s therefore important to understand and plan for the possible impact the corporation tax increase and Quarterly Instalment Payment (QIP) rule changes could have should they proceed as proposed.

Lorna Stark, Tax Senior Manager, explores the finer detail of the changes below.

Control will usually be determined with reference to percentage of share capital held, and the test is whether an individual/group of individuals are able to exercise direct or indirect control over a company’s affairs.

The rules then require the tax rate thresholds to be divided by the total number of associated companies. For example, if an individual has controlling shareholdings in 2 companies, each company will pay tax at 25% if their profits exceed £125,000 (rather than the £250,000). It is therefore important to identify the number of associated companies, as this will impact the rate of tax that the company will pay. A company is deemed to be associated with another company if it is associated at any point during the accounting period, or was associated at any time within the preceding 12 months.

Currently companies are required to pay their Corporation Tax liability nine months and one day after the end of the accounting period, unless they are considered “large” or “very large”, in which case they must pay their tax by quarterly instalment during the year.

Where an individual controls two companies, they will need to pay tax by instalment if taxable profits in those companies exceed £750,000, whereas previously they would not have needed to pay by instalment until profits reached £1.5m. This change will impact cashflows, particularly in the year of transition, where tax liability payment dates will overlap.

The dates for quarterly instalment payments are shown below:

The requirement to pay tax by quarterly instalment accelerates the dates by which the liability for the period needs to be paid and also requires estimates of the liability to be made, as payments are required before the end of the relevant accounting period. Interest will be payable/ will be due on under/over payments made.

There are provisions which allow for a “period of grace” from the quarterly instalment rules. The first year in which a company is “large”, they will only be required to make quarterly instalment payments if their profits exceed £10m for the period (this limit also being divided by the number of associated companies). This gives time for companies to plan their cashflows accordingly.

As these rules are scheduled to apply from 1 April 2023, they will apply first to companies with an April year end. Assuming a company has one associated company and taxable profits of £750,000 in accounting periods ended 30 April 2022, 30 April 2023, and 30 April 2024, the tax payment dates/ amounts are shown below:

The increase in tax rate is likely to have a significant impact on companies and the full 25% rate is more likely to apply if there are associated companies. It is therefore important to understand all shareholdings of the majority shareholder(s) to ensure that the full position is considered in advance of 1 April 2023. This may be a good time for companies to review their group structures.

The number of associated companies may also have an impact on the timing of tax payments, with more companies being brought within the quarterly instalment payments regime. Again, it will be important to understand the full associated companies’ position, so we can assist you in planning for when this change may apply.

We are here to help

For further information regarding the planned Corporation Tax changes, please speak with your usual Azets contact or a member of our Tax team. 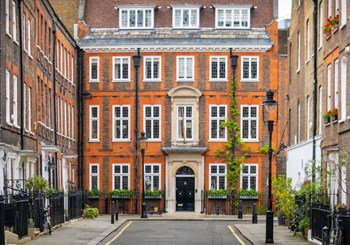 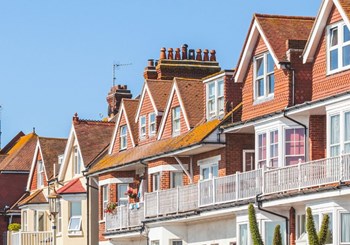