Being sector specialists and working in the charity sector, Azets work alongside other charity professionals who equally specialise in advising charities. One of the key areas of development in recent times is the new Charities Act 2022. The Charities Act underpins what charities can do and how they do it.

To find out more we asked Wrigleys Solicitors LLP to outline what to look out for in the forthcoming Act.  Fiona Wharton (partner) and Sophie Henson (solicitor) are both sector specialists, helping charities with their legal affairs, have outlined the key changes to look out for.

The long-anticipated Charities Act 2022 received Royal Assent on 24th February this year. The Act brings in a range of new provisions aiming to reduce the administrative burden on charities.

What does the Charities Act do?

The Charities Act makes a lot of technical changes to the law, but key highlights include changing:

When will the Charities Act be implemented?

The provisions of the Act will be brought in in stages to give charities and the Commission time to amend their systems and processes and prepare for the changes. Different provisions are expected to come into force on three difference dates over the next 18 months as follows:

Provisions of the Act expected to come into force Autumn 2022

Provisions of the Act expected to come into force Spring 2023

However, this timetable could change and it will be something for charities and advisors to keep an eye on in the coming months. It is important that until the new sections are brought into force, the law as it currently stands is complied with but it is worth factoring in these upcoming statutory powers if they could assist with any of a charity’s proposed changes.

The key message to charities appears to be; whilst the law governing them is changing, ongoing activities are likely to be largely unaffected.  However, if there are any more fundamental changes being planned (e.g. to the way the charity is constituted, or if there is a plan to change how endowed funds are being used, plans to sell land or pay trustees) then speak to a charity specialist legal advisor in advance, to ensure that your charity can take advantage of the forthcoming changes.

Can we work collaboratively for charitable and commercial gain?

Managing mergers: Is it in the best interests of your beneficiaries to close your charity? 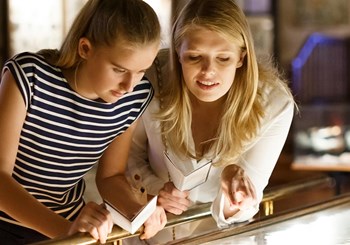 How do Charities and their Subsidiaries report People with Significant Control (PSC)?